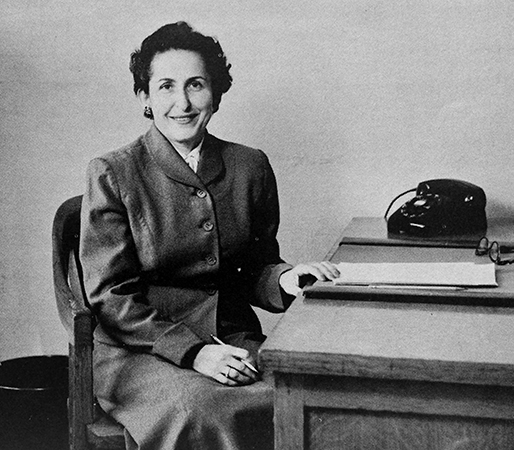 A native of Boston, Massachusetts, Mrs. Auerbach came to the Washington, D.C. area in 1946. She began her career with Fairfax County Public Schools (FCPS) in September 1951, as a seventh grade teacher at Annandale Elementary School. In September 1956, she became a teacher of seventh grade Lynbrook students while their classes were housed at Garfield Elementary School. On the eve of her retirement, in May 1972, Principal Auerbach reflected on her career in an interview for The Springfield Independent newspaper: “I enjoyed teaching. I liked it and I felt it was important. I like people and feeling that the future depends upon the boys and girls growing up in our schools. I will miss Lynbrook school. One of the joys of this job is working in this type of community. Former students from every level keep coming back to say hello. You would be amazed at the places from which I get mail – all over the world.” 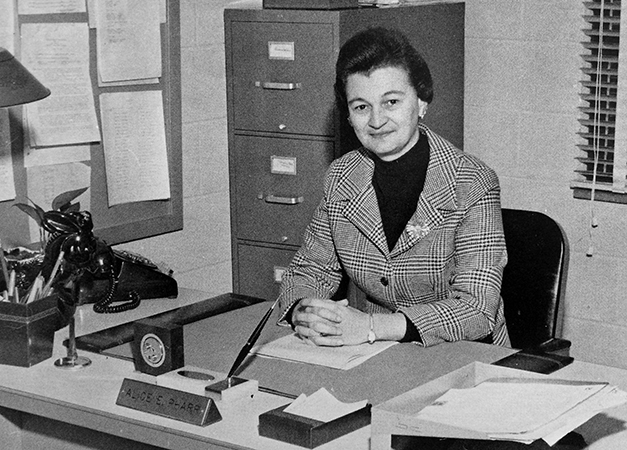 Principal Pharr began her career with FCPS in 1958 as a teacher at Westmore Elementary School in the City of Fairfax. In 1965, she was appointed principal of Weyanoke Elementary School, a position she held until her appointment to Lynbrook. 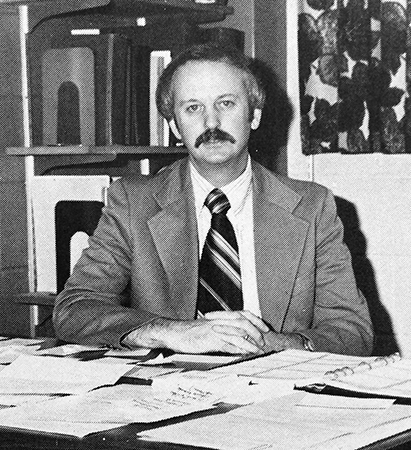 Prior to becoming principal of Lynbrook, Mr. Bender was the principal of Quander Road Elementary School in the Alexandria section of Fairfax County. Quander Road closed in 1977 and was converted into a special education center. 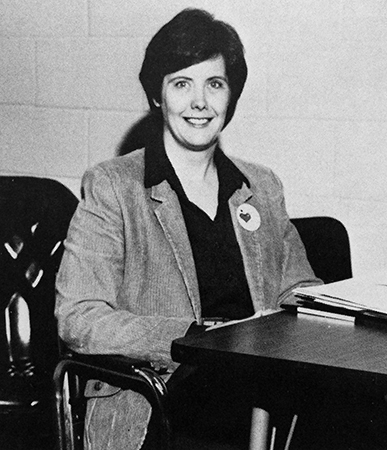 Prior to her appointment as principal of Lynbrook. Ms. Bealor was a classroom teacher, a reading teacher, and was an assistant principal at Kings Glen Elementary School. After leaving Lynbrook, she served as the principal of Canterbury Woods and Braddock elementary schools. 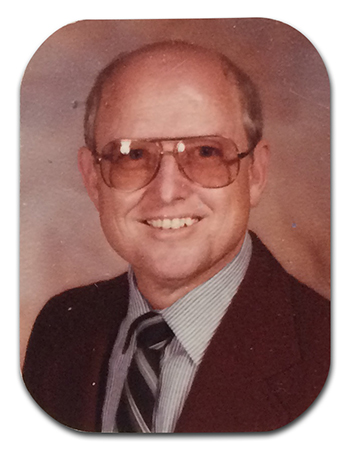 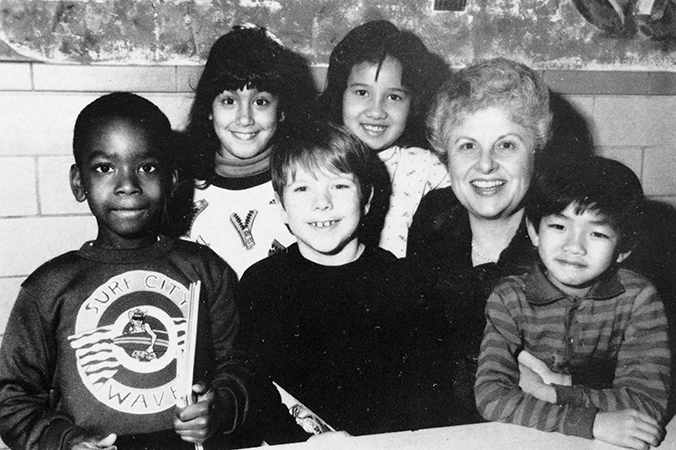 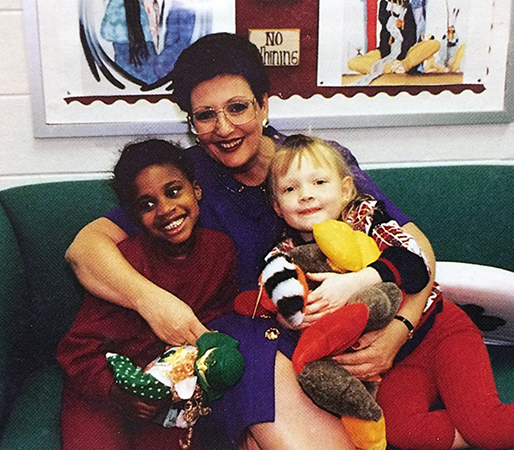 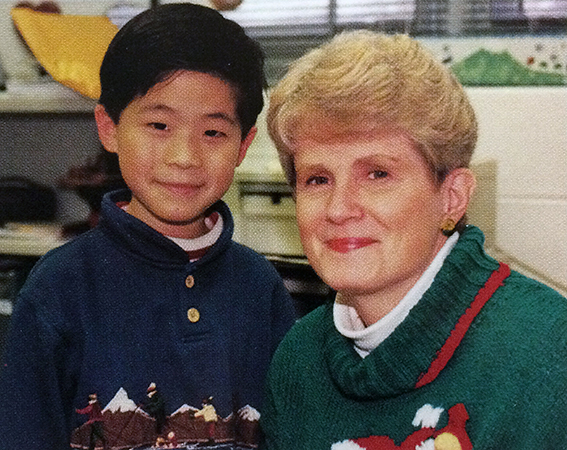 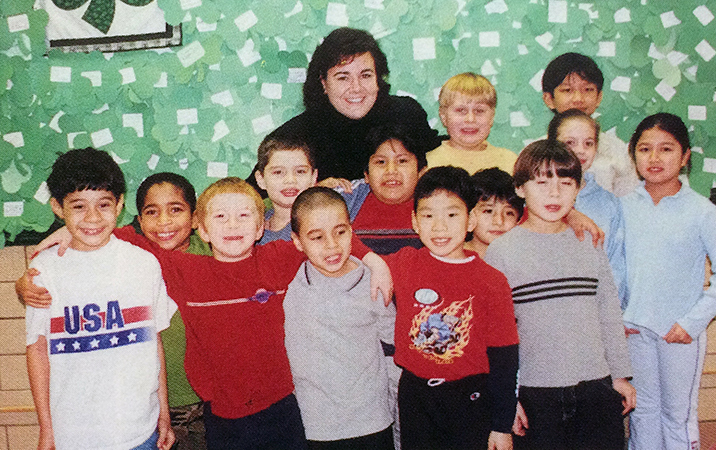 Ms. Aste began her career with FCPS in 1990 as a teacher at Mosby Woods Elementary School. She left Mosby Woods to become an assistant principal at Lynbrook, and was appointed principal of our school in 1999. After departing Lynbrook in 2004, Ms. Aste returned to Mosby Woods to serve as that school’s principal, a position she still holds today (2018-19). 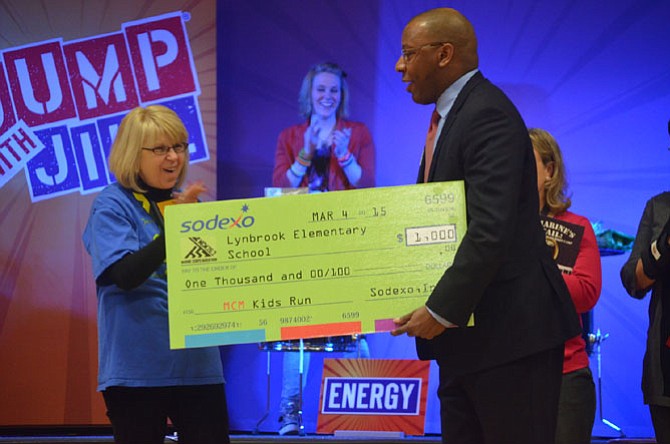 Prior to becoming principal of Lynbrook, Ms. McNamee was an assistant principal at Hunt Valley Elementary Schoool. In the above photograph, courtesy of Dominique Escalera and the Connection Newspaper, she is accepting a check for $1,000 from Eugene McKnight, area general manager of Sodexo, Inc. In October 2014, 311 Lynbrook students participated in the Marine Corps Marathon Kids Run, earning our school’s thirteenth Healthy School Award from Fun Run sponsor Sodexo. The money was used to fund physical education equipment and resources.